Original of the Huron community of Wendake in the Quebec City region, Daniel Picard has been traveling around Quebec for more than 30 years in search of First Nations terroir products. In 2017, with his partner Patrice Dion, they created the company Les Épices du Guerrier in order to promote plants, herbs and spices from Quebec’s native terroir.

It was initially a social project to help young people in need, and given the success that their presence at various events and festivals brings, they decide to officially create the company of Les Épices du Guerrier.

In recent years, the company has been able to donate tens of thousands of dollars by participating in various fundraising activities and donating to several social causes such as food banks and youth centers, in addition to financing the purchase of equipment and the construction of soccer fields in Ouagadougou, Africa.

Meals have always been at the heart of First Nations traditions, symbolizing respect and sharing. Using ancestral knowledge passed down from generation to generation, Elders from many communities have participated in the creation of contemporary recipes for spice blends, highlighting the ancestral plants and herbs once used primarily for medicinal purposes that we use today in our flavor-packed blends.

One of our main ingredients, maple sugar, is a true treasure of our land! Discovered by native peoples, maple sugar is an excellent source of energy and contains very few carbohydrates.

We also use Balsam Myrtle, a very temperamental plant when it comes time to harvest and which grows only in northern regions, whose taste and smell will amaze you, and which was once used by the First Nations as a medicinal and insect repellent ingredient.

Not to mention our trusty Dune Pepper, still hand-picked today chestnut by chestnut, once used in infusions to alleviate certain flu syndromes, and today adding a little peppery, fragrant flavor on a dab

Thus, by sharing the myths and reality of the First Nations of Quebec who have been using these raw materials for millennia, Warrior Spices allows for a cultural foray into the heart of Quebec’s 11 native nations. From the traditional blend to the famous boreal pepper with bacon, every gastronomy enthusiast will discover his or her favorite blend in order to succeed in many recipes every time!

So it is in this immense territory that is the Canadian boreal forest, which covers nearly 28% of the planetary boreal forest, that we get most of our supplies because it abounds in plants and herbs used since time immemorial by the First Nations. The region’s unique climate is made up of four distinct seasons, characterized by long, very cold, dry winters and short, cool, wet summers. This leads to significant periods of freezing and thawing, with extreme temperature differences that can easily vary by as much as sixty degrees between winter and summer.

As the seasons change, a slow transition occurs that brings significant changes throughout the territory. This is what allows, among other things, to explain several natural phenomena that directly influence the flora of our regions, thus giving the unique character to our resources. Thus, it is thanks to the climate of the boreal forest that the maples produce sweet water, that certain plants and herbs can have a different flavor depending on the time of the season, etc.

A real crowd favorite since their launch, Warrior Spices quickly became a benchmark for product quality and were immediately recognized as high-end, must-have condiments to enhance the flavor of any dish. 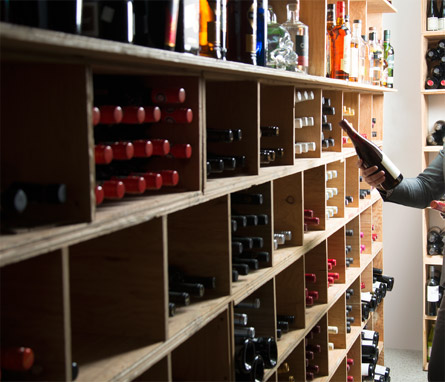